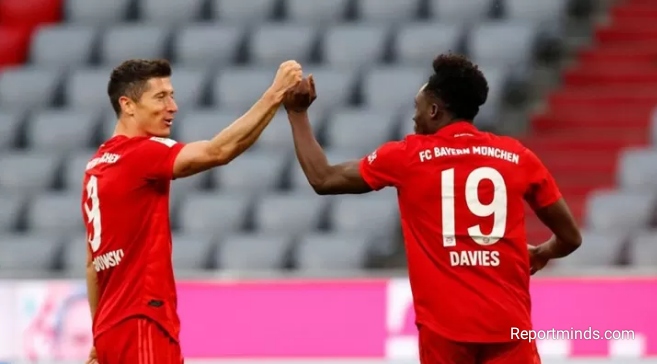 Robert Lewandowski has scored against all 18 clubs in the league, as he found the back of the net twice.
(adsbygoogle = window.adsbygoogle || []).push({});
Pavard and Alphonso Davies were also on the scored for the Bavarians.