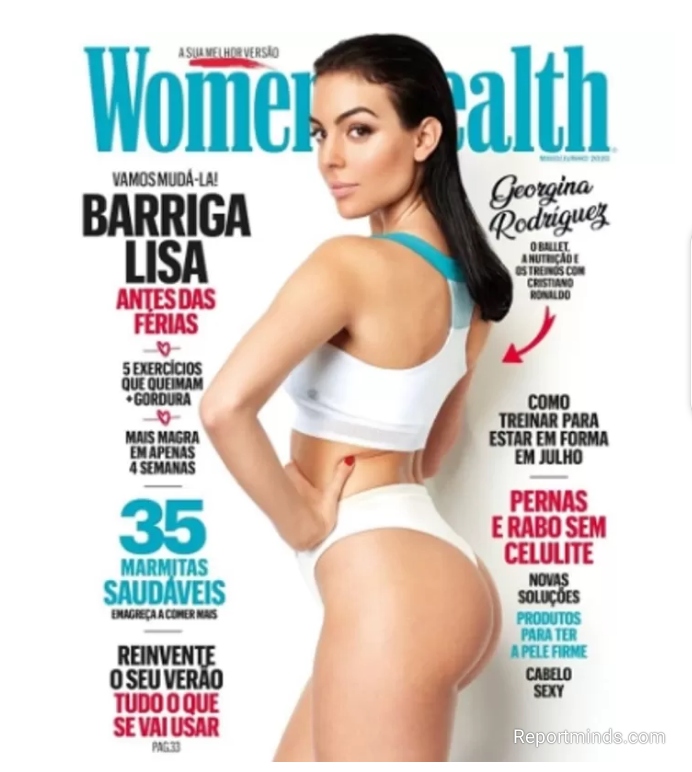 26-year-old has revealed secrets on how she manage to keep in shape and fit.
Ronaldo girlfriend was interviewed for Women’s Health after her family returned to Italy from Madeira.
Recall that Juventus star and his family spent over two months in Portugal during the lockdown and made their flight back to Turin weeks ago.
(adsbygoogle = window.adsbygoogle || []).push({});
Georgina revealed that ballet has had a huge impact on her life – both physically and mentally.
Speaking to Women’s Health, the 26-year-old said: “Ballet has shaped my body and personality.
“The discipline that dance demanded of me is not only reflected in my body, but also in my way of being.”
(adsbygoogle = window.adsbygoogle || []).push({});
Georgina shared the picture of on her Instagram page and wrote: “For the first time on a Portuguese magazine cover that has a lot to do with my lifestyle.”
Georgina Rodriguez has been dating the former Manchester United star for over  three years. The model has gave birth to a girl, Alana Martina for Ronaldo in 2017. Ronaldo had Cristiano Ronaldo Jr. (2010),
Eva Maria (2017), Mateo Ronaldo (2017), via surrogate.
2020-05-28