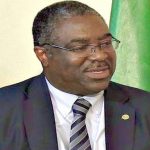 The chief executive of Federal Inland Revenue Service, FIRS, Tunde Fowler, has replied the query issued him by the presidency.

While Mr Fowler agreed that, in general term, actual tax collection since the beginning of President Muhammadu Buhari’s administration is lower than the 2012-2014 period under former President Goodluck Jonathan in general terms, he told the presidency FIRS under him has performed better regarding specific non-oil tax types, such as VAT and CIT.

He associated the general lower collection since 2015 to oil market crisis which has seen a fall in commodity price compared to the period under Mr Jonathan, and recession “which slowed down economic activities.”