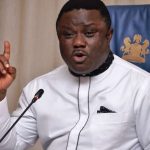 The efforts by Cross River State Governor, Ben Ayade, to industrialise Cross River State through its agricultural value chain policy got a major boost with the announcement of a partnership between the state government and Zenith Bank.

This followed a visit by the management of the bank led by Mr. Ebenezer Onyeagwu, its Group Managing Director and Chief Executive Officer, to the various agricultural-processing factories located at the Ayade Industrial Park in Calabar.

Speaking to newsmen after touring the factories, Onyeagwu said Governor Ayade deserves commendation for his foresight, initiative and determination to create an economy for the state through industrialisation.

According to him, “the essence of all of these factories is what we have been talking about in this country. What I have seen here are factories that are not just integrated but are also properly linked with the ecosystem.”

He said beyond partnering with the state to deepen the agricultural value chain efforts of the government, his bank is willing to also provide advisory support services to the government.

“When the projects grow and get into incubation level, we could start looking at providing and supporting the government with advisory services to diversify and expand the ownership and move it to private sector that would manage it,” he said

On economic impact of the Ayade industrialisation policy, the Zenith bank boss expressed optimism that the projects would create jobs, put food on the table and help raise the people’s standard of living.

“It would help change the economic narrative of Cross River and Nigeria as a country. I think Governor Ayade deserves commendation,” Onyeagwu stated

While expressing his joy at the collaboration between his state and the bank, Governor Ayade used the occasion to disclose he had signed a contractual deal with John Del of USA via Tata to supply the state with equipment for land clearing and soil preparation in furtherance of his agro- industrialisation drive.